Held in conjunction with a special mini-conference (December 15 & 16): Time and Creation: Fourth Annual Conference of Castoriadis in the Antipodes

Theme: The Time of Our Lives 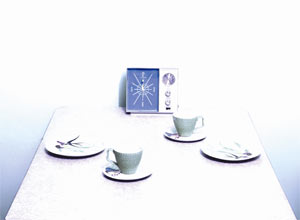 In the 1980s, US economist Jeremy Rifkin claimed that, “a battle is brewing over the politics of time.” He felt that the pivotal issue of the twenty-first century would be the question of time and who controlled it. In this conference, we open up the possibility that a battle over the politics (and philosophy) of time is also what is at stake in the differences between various major currents of contemporary European philosophy.

This is arguably so despite there being a metaphilosophical agreement amongst the vast majority of continental philosophers, which is that starting with the supposition of the ultimate truth of objective time is the wrong way to go, since the time of our lives will not be able to be adequately reconstructed, as David Hoy suggests.

Indeed, the endorsement (and rejection) of various different philosophical methods is partly bound up with their success (and failure) in illuminating the relationship between time and the socio-political. Consider the following methods: dialectics, transcendental reasoning post-Kant, genealogy, hermeneutical and psychoanalytic techniques, Heidegger’s destructive retrieve, Derridean deconstruction, the Frankfurt School style critique of modernity, as well as the general wariness of aligning philosophical method with either common sense or a deferential relationship to the findings of the sciences. From Husserl’s genetic phenomenology, to Bergson’s durée and the use of intuition as a method which is claimed to put us inside rather than outside time, to Heidegger’s Being and Time, time and method have been central to continental philosophy at least since the nineteenth century. Taken together, these methods also ensure that sustained textual engagement, and a concern with culture and history, undergird large parts of contemporary continental philosophy.

When it comes to thematising the ethico-political and normativity more generally, continental philosophers also invariably invoke time, and this often depends on forms of transcendental philosophy and temporal orders of priority. This is partly due to the vast influence of Heidegger. While Heidegger’s work is subsequently contested by Levinas, Derrida, and Deleuze (as well as others), it is typically contested on temporal grounds. Other continental philosophers associated time and normativity in the nineteenth century. While Hegel is an obvious case, arguing that the task of philosophy ought to be to grasp one’s own time in thought, we might also think of Nietzsche’s revaluation of values in which time is central. Nietzsche argues, for example, that all ressentiment is resentment of the present (the “now”) and claimed in Ecce Homo that the notion of the eternal return of the same was his greatest idea, along with the associated idea of amor fati: become what one is. We might also consider Marx, whose rich and varied analyses of the relation between certain modes of production and time (e.g. time-as-measure) remains influential. Kierkegaard’s work is primarily concerned with the manner in which the genuinely religious life involves a contradiction between temporal existence and eternity, as well as the manner in which the choice, or leap of faith, occurs at an instant in which time (lived time) and eternity are envisaged to intersect.

Drawing on these traditions, David Wood suggests that violence (both of a conceptual and more empirical nature) is best understood as fundamentally a disease of time, as a “chronopathology.” Ethico-political problems are in store for us when the living-present is understood as self-contained, when we are nostalgic for the past (or seek to return to some origin), and when the future is understood as entirely circumscribed and delimited by the expectations of the present. Current institutions are worth of critique to the extent that any of these chronopathologies are dominant, and thus exclude other times.

In that respect, of course, the irony of the title of the conference – the time(s) of our lives – is also deliberate. With global warming, the financial crisis, etc., it would be hard to say these are, in fact, the times of our lives in a positive sense, representing any kind of apotheosis of modernity. We hence hope to invoke reflections on these times, open to a variety of disciplines, including politics, social theory, and literature amongst others, all of which in their different ways remain critical of the present, tracing alternative temporal trajectories that fracture or wound – what Elizabeth Grosz calls the nick of time – any sense of our times as stable, progressive, and improving.

This critical dimension remains vital to European philosophy today, but within which some important temporal tensions remain. Are there biases enshrined, for example, in the phenomenological preoccupation with the living-present, or the post-structuralist valorisation of the future? Must the philosopher always be utopian in some sense?